MP Akram Chehayeb, member of the Democratic Rally bloc, former minister of national education and higher education and whose bodyguards were at the origin of the Tharwa via the incident on October 17, 2019 which degenerated in major protests until then Prime Minister Saad Hariri’s resignation, spoke out on Twitter for the rapid formation of a government and the end of subsidies to the fuel sector.

He also attacked the Syrian power, believing that “the country is exhausted and harnessed to the service of the Assad regime” before deciding in favor of courageous decisions and the end of the subsidies to put an end to the smuggling towards the Syria.

In addition, it is a question of putting in place a rationing policy, he concludes.

As a reminder, fuel subsidies would currently cost nearly $ 300 million per month, i.e. a little less than half of the subsidy program for the purchase of basic necessities financed by the Bank of Lebanon, which is experiencing the greatest difficulties in pursuing this operation. Indeed, the central bank would currently no longer have the necessary liquidity to grant the lines of credit, for example necessary for the purchase of fuel oil for power generation plants, or even bakeries or hospitals. Worse still, it would no longer have the funds to purchase drugs for people with chronic diseases or cancer. 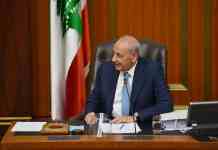 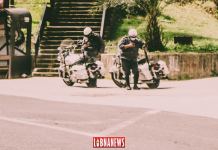