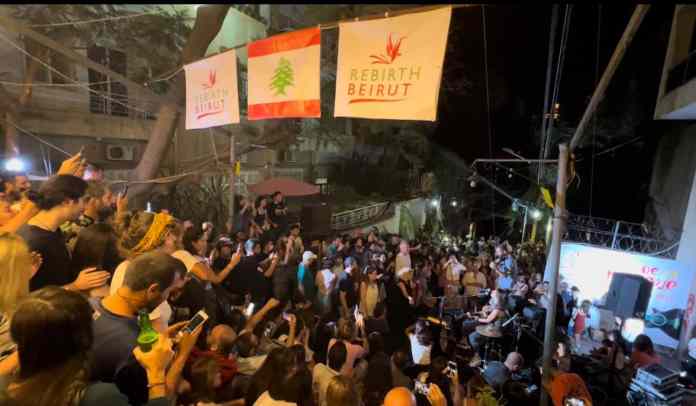 With an atmosphere full of love, joy, music and melodies, Rebirth Beirut restored the beat of life to Saint Nicolas’ historic stairs after lighting it to complete the “Light up Your Street” initiative launched by the association in May 2022.

This cultural and social activity brought together a large number of citizens from Beirut who danced until midnight in a scene that brought joy to the hearts of the residents after two years during which the capital suffered from destruction and sadness resulting from the disastrous 4th of August explosion.

Mr. Gaby Fernaine, Founder and president of Rebirth Beirut Association welcomed the people who attended the event, among them the Governor of Beirut, Judge Marwan Abboud and the president of the syndicate of restaurant owners in Lebanon Tony Al-Rami, and other media representatives and social activities.

Fernaine added: “we celebrate today World Music Day so that Beirut remains alive! Our message is clear to everyone: We want light and hope! And we don’t want darkness. We lit up more than 10 streets, and we are willing to light up all Beirut”.

In his turn, Beirut governor Judge Marwan Abboud thanked Rebirth Beirut Association for its successive activities that aimed at preserving the beauty of the capital Beirut, which the world used to see as joyful and happy city, and said: “whether the electricity comes or not we will light up the streets of Beirut and celebrate.”

Today’s event is a continuity to the previous initiatives, where “Rebirth Beirut” headquarters hosted a series of art exhibitions and became a beacon of culture in the area preceded by previous activities such as lighting traffic signs on solar energy under the slogan “With Every traffic Light, we ignite hope” and asphalting a thousand potholes under the title “For a smooth and safer journey.” 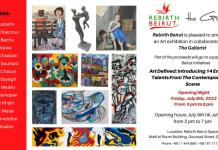 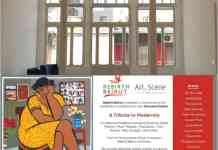 A Tribute to modern Art by rebirth Beirut