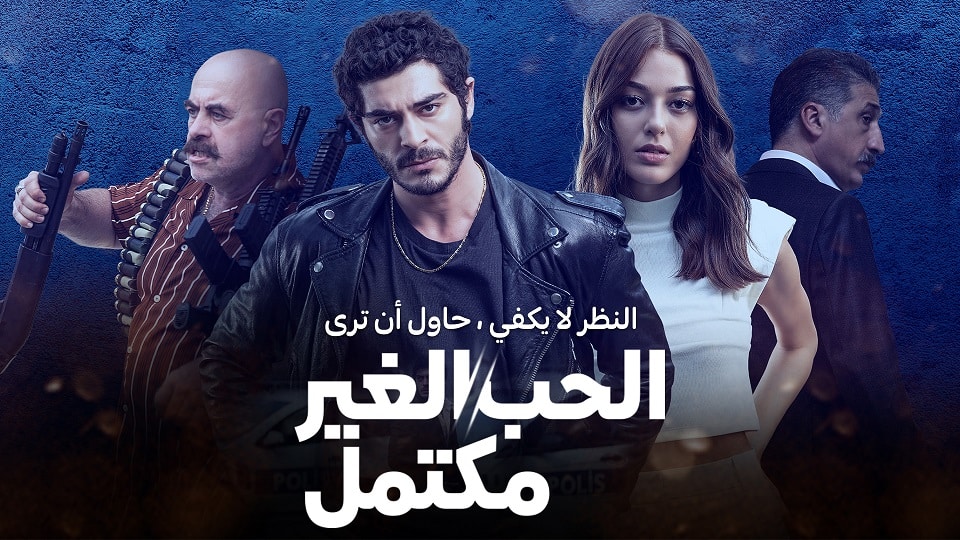 STARZPLAY subscribers can watch a breadth of Turkish content

dubbed in Arabic with the BluTV add-on, free for first three months

Dubai, UAE; April 14, 2021: STARZPLAY, the Middle East and North Africa (MENA) region’s leading subscription video on demand (SVOD) service, has announced the launch of a new add-on in partnership with BluTV, Turkey’s first and largest local subscription video-on-demand service, which is globally available for all Turkish and Arabic speaking audiences.

With this new partnership, STARZPLAY subscribers in MENA will have access to BluTV’s most sought-after Turkish catalogue featuring popular local drama series, all dubbed in Arabic. The add-on will be available as a dedicated branded area across all STARZPLAY’s existing platforms. Offering additional value as part of the launch, STARZPLAY subscribers can enjoy BluTV’s spectacular Turkish portfolio free for the first three months anytime, anywhere and from any device.

The partnership accelerates STARZPLAY’s expansion strategy to deliver diversified content for its growing subscriber base. Earlier this year, the streaming service launched two add-on services in partnership with global brands, discovery+ and UFC.

Danny Bates, CCO and Co-Founder, STARZPLAY, said: “In the highly competitive SVOD sector, it is important to update our content offering continuously and provide diversified entertainment choices that are relevant to our subscribers. Our partnership with BluTV is an extension of our business strategy for 2021 as we continue to make inroads in content aggregation. BluTV’s portfolio offers a wide breadth of compelling programming driven by family-oriented storytelling and we are confident that these Turkish series will be enjoyed by all.”

Aydin Dogan Yalcindag, founder and CEO of BluTV, said: “We are excited to partner with Middle-East’s leading streamer service provider which offers us a fantastic opportunity to bring compelling stories for fans of Turkish entertainment in the region. Turkish programming has a massive following in the Arab World and as pioneers of Turkish SVOD market, we are thrilled to extend our offering for fans in the region. Our investor, US TV giant Discovery, has an established partnership with STARZPLAY in the MENA region, which presented a great opportunity to expand our services into new markets and offer true value to customers. We look forward to working with STARZPLAY and taking Turkish entertainment to a whole new level.”

The shows available via BluTV on STARZPLAY, all of which fans can enjoy free for the first three months, include:

Idealist journalist Ozan is about to marry Elif who is a journalist like himself. The couple, who love each other insanely, suffer loss with a terrible event as Ozan loses his life through a traffic accident. However, through a new body, Ozan finds his lost life and on his return has two challenging tasks: find out who killed him and to tell Elif all the facts. Watch the trailer here

Twelve contestants try to impress well-known celebrity chef and meat connoisseur, Chef Gürkan Sef with their barbecue skills. They must plan and combine the right skills and knowledge to create a menu which Chef Gürkan is looking for and they only get 30 minutes to prepare. Watch the trailer here

Having lost his wife 11 years ago, Adnan devoted all his attention to his daughter Nihal and his son Bülent. Adnan, who lives in one of the most prominent mansions along the Bosporus in Istanbul with a relative’s son Behlül, and his children’s nanny, meets Bihter who is also a socialite couple’s daughter. Bihter is elegant, beautiful and anyone who meets her is mesmerised – as is Adnan who falls in love with her. Bihter, on the other hand, meets passion while looking for peace, trust, and happiness in Adnan’s mansion as she and Behlül drift towards each other. However, their forbidden love affects everyone in the family. Watch the trailer here

Yeşilçam tells a story of a producer who is reborn from his ashes in the golden age of Yeşilçam (Turkish Hollywood era) under the shadow of 1960s Turkey. The show promises to be a drama, full of action and intense emotions. Watch the trailer here

Meryem is the story of a woman who takes the blame for a crime she did not commit for the man she loves. Oktay is the prosecutor who can do anything for the sake of career and power and Savaş is blinded by the desire for revenge after losing the woman he loves. An accident on a rainy night changes the lives of these three people. Watch the trailer here

With thousands of hours of premium content including blockbuster movies,  exclusive TV shows, kids content and Arabic series, STARZPLAY is today the number one player in the MENA region. The service is available in 20 countries across the Middle East, North Africa and Pakistan for fans to enjoy quality content anytime, anywhere and from any device.

STARZPLAY (www.starzplay.com) is a subscription video on demand service that streams Hollywood movies, TV shows, documentaries, the same-time-as-the-US series – plus dedicated kids’ entertainment and Arabic content – to 20 countries across MENA and Pakistan. The service carries thousands of premium titles including exclusive STARZPLAY original content such as Baghdad Central, STARZ Original content such as Power, Outlander, Spartacus and The White Queen as well as premium content with add-ons such as discovery+ and UFC Arabia.

Reaching over 1.8 million subscribers, STARZPLAY allows subscribers to watch its full HD and 4K content via most internet-enabled devices, smart TVs and game consoles, and is widely available on regional IPTV services. Its iOS and Android apps – installed on more than three million devices – also allow downloads for offline playback.

BluTV is the leading subscription video on demand entertainment platform, first launched in Turkey in 2016 and then in MENA in 2018 and available globally to all Turkish and Arabic speaking audiences. In 2021, Discovery and BluTV announced their strategic partnership; Discovery became 35% shareholder of BluTV. While celebrating its 5th year, BluTV delivers a wide range of content bouquet including premium 30 BluTV Originals that attracts millions of people across the world, Turkish TV Series and Movies, Hollywood, and International Series and Movies. BluTV offers more than 10.000 hours of on-demand premium content and live channels to BluTV subscribers. BluTV’s Global service brings the largest variety of Turkish content under one roof. For more information, please follow @BluTV across social platforms. 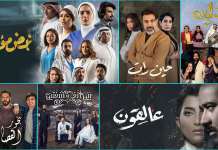