Accueil Lebanon News The Central Inspection had been officially mandated for the investigation on illegal...
Moins d'une minute de lecture

During a press conference, the Chairman of the parliamentary committee in charge of finance and Budget, Ibrahim Kanaan, indicated that he had mandated the Office of Central Inspection in the case of illegal jobs affecting public administration.

As a reminder, at a previous meeting of this Committee, it was discovered that more than 15 000 public employees were hired outside the legal framework. A moratorium on hiring had been decided in August 2017, because of the severity of public deficits. Some of these hiring occurred while Lebanon was preparing for parliamentary elections in May 2018.

“We have drafted a mandated Central inspectorate to conduct an investigation of the number of employees of the administrative and technical staff of each department, each public or municipal organization. It will be for these institutions to assume all their responsibilities “
Ibrahim Kanaan, Monday, March 4, 2019

Ibrahim Kanaan clarified that the parliamentary committee also asked the Civil Service Council to investigate these individuals and the sponsors of these hirings.

On the case on suspected frauds at the Ministry of Finances, Ibrahim Kanaan said he was waiting for the report from this institution.

The member also denounced the absence of the ministers concerned by this case. he said their absence is due to calendar error. However, he saif that if this were to be repeated, the question of removing confidence from these ministers would be raised. 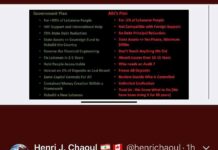 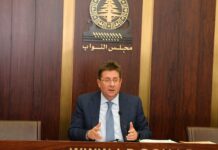