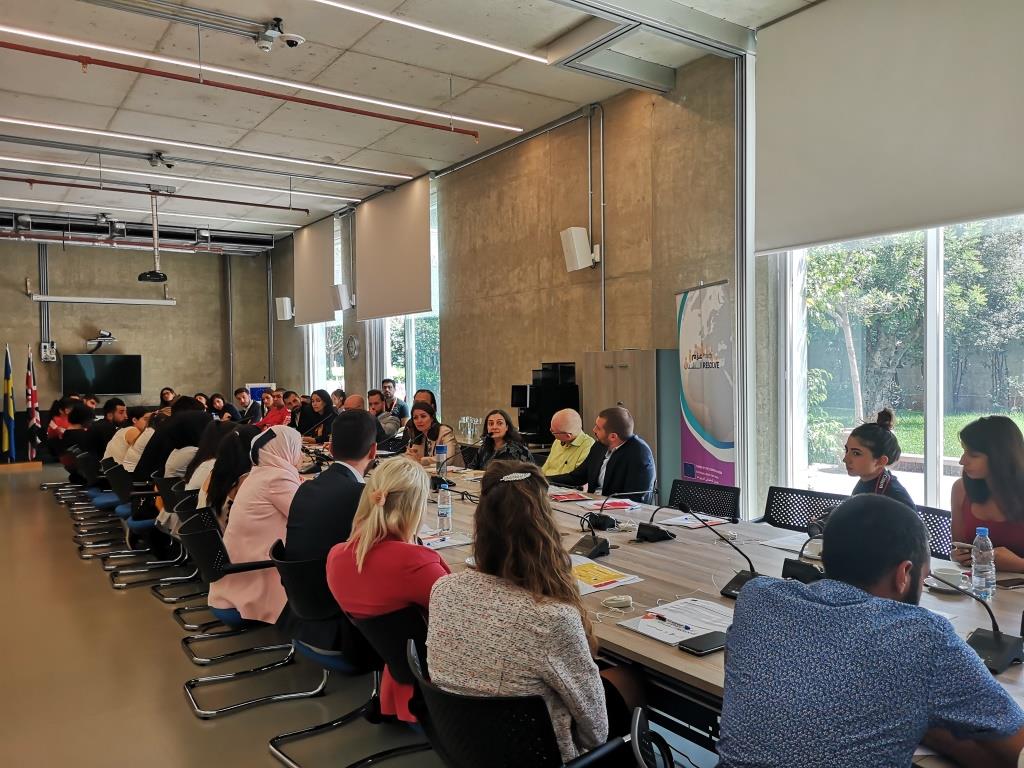 Young people from the Youth RESOLVE consortium, funded by the European Union, advocate for greater participation in decision-making processes at local levels, in a roundtable discussion at the Delegation of the European Union to Lebanon.

The consortium selected eight youth, representing various communities and regions around the country, to engage decision-makers on key issues they have collectively identified, as well as present to decision-makers and organisations their recommendations. The issues include youth participation, visibility and inclusivity in decision-making. To address such issues, Municipal Youth Committees have been identified as the channel through which youth throughout the country can be fully involved and integrated in policy decisions that affect them. This recommendation is framed by inclusivity and representation of the varied demographics of each community. The roundtable acts as a launch to call upon stakeholders around Lebanon to hear youth’s voices and work with them to implement change.

Addressing the youth, EU Ambassador Christina Lassen said that “in Lebanon, more than half of the population is below the age of 25. Youth constitute more than 40% of the workforce. Yet, youth unemployment in Lebanon is estimated to exceed 30% and many young people in Lebanon struggle and work very hard every day to make a decent living and build a future. This is why they should be part of the dialogue with decision makers and help shape their future. And this is what why are trying to do here today.”

“This roundtable is for the youth, for us. It is a platform to give our opinions and be heard. This is rare in Lebanon and we can finally make the change,” stated Jessica, a 17-year-old Lebanese participant.

The roundtable is organised under the Youth RESOLVE project by the members of the consortium, which consists of CAFOD (Catholic Agency for Overseas Development), Caritas Lebanon, DPNA (Development for People and Nature Association), Generations for Peace, Islamic Relief and World Vision Lebanon.

“As part of this project, the youth-led advocacy component is a crucial one as it is intending to give a voice to the youth, to create spaces for them to share the challenges they face, and equip them with the skills to address those,” explained Alexis Adam de Matharel, Youth RESOLVE Chief of Party.

The Youth RESOLVE project is funded by the European Union, through its Regional Trust Fund in Response to the Syrian Crisis, and supports young people in Lebanon, Jordan and Iraq. In Lebanon, the programme aims to improve social cohesion between host and refugee communities, providing young people with the life skills to carry out activities that strengthen the relationships in their communities. 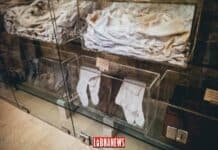