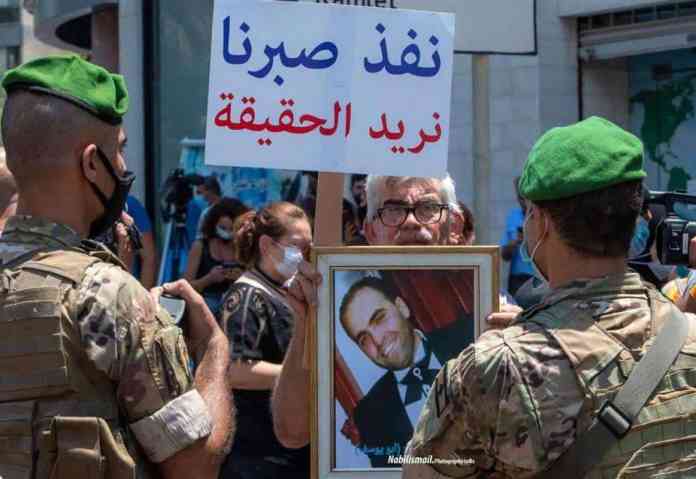 A demonstration by the families of the victims of the Beirut port explosion is currently taking place in front of the home of the outgoing Minister of the Interior Mohammed Fahmi to ask that the latter agree to lift the immunity “of all persons summoned and suspected” .

This information comes as the minister refused to give authorization to investigative judge Tarek Bitar to question the director of general security, General Abbas Ibrahim on Friday. This one however went before the court of cassation which should rule on this request by July 26.

In addition to General Abbas Ibrahim, Judge Bitar would also like to question 3 deputies including the right-hand man of the Speaker of Parliament, Ali Hassan Khalil, former Minister of Finance and former Minister of Public Works Ghazi Zeaiter as well as the former Minister of interior Nouhad Machnouk, meanwhile close to Prime Minister designate Saad Hariri.

Also target of the judge, the outgoing Prime Minister Hassan Diab or the former commander of the Lebanese Army, General Jean Kahwaji are the subject of a request to be questioned.

The trail of an accidental explosion, on August 4, 2020, of 2,750 tonnes of ammonium nitrate inside a warehouse in the port of Beirut, seized in 2014 on board a garbage ship, the Rhosus flying the Moldovan flag , is currently favored by the Lebanese authorities. This explosion would be equivalent to that of 600 tons of TNT or to an earthquake of 3.3 on the Richter scale.
It would thus have caused a crater 110 meters long and 43 meters deep, indicates, Sunday, August 9, a security source citing the words of French experts present on the spot. 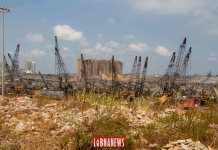 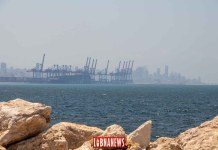 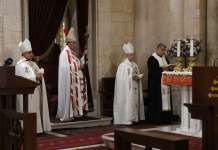