As Lebanon prepares the commemoration the anniversary of the beginning of the civil war, it is important to remember that fratricidal conflict. It claimed the lives of thousands of people (150,000 to 250,000), while 17 000 people are still missing and more than a million Lebanese have been forced into exile, often in spite of themselves.

The beginnings of a war

Lebanon, created in 1920 and independent since 1943, has always been a host country for persecuted minorities in the Middle East. Thus, successively Lebanon will open its doors to Armenians fleeing the genocide committed by the Ottoman Empire, the Kurds, but also the Palestinians of 1948. However they wished to continue the armed struggle against Israel from the Cedar Country. From January 1st, 1965, the Fatah will be organized a first action against the Hebrew State.

These military operations will increase the tensions with Israel. It will lead an operation against the Beirut International Airport on December 28, 1968(they will destroy most of the Lebanese air civil fleet). On the other side, tensions will also increase with the with the Palestinians. Forced out from Jordan following the black September but also from Syria,the Palestinian forces will regroup in South Lebanon. Their fighters will gradually transform the Palestinian camps into a fortress. The Lebanese Security Forces will be prevented to enter allowing these camps to become de-facto zones of lawlessness. till today.

Following pressure from the Arab countries, the Lebanese authorities will abdicate and let the Palestinian militias operating freely after the signature of the famous Cairo agreements of 3 November 1969. Following the kidnapping of 3 of its soldiers, the Lebanese Army will intervene on May 1, 1973, bombing by air the positions held by the PLO in the camps of Bourj Brajne. The immobility of the Lebanese political authorities and in particular their lack of solidarity with the Military Institution, will paralyze the Lebanese Security Forces. The LAF will now be kept apart from the conflict in order to avoid any internal dissension.

Faced with the abuses committed by the Palestinians and the inertia of the Lebanese State whose authority begins to crumble, predominantly Christian movements will form, first as self-defense neighborhoods militias. Latter, they will organize themselves on a larger scale.

Social problems also appeared internally allowing the emergence of Imam Moussa Sadr. This religious figure will incite the Shiite community to protest in 1970 in response to Palestinian operations in South Lebanon and Israeli retaliation as the Shiite villages are main collateral victims. On January 20, 1975,will be created Amal to defend the Shiite interests in South Lebanon.

Internal factors will also contribute to the conditions leading to the civil war. One of the main factors: the demand of the Muslim community, supported by the Arab countries, to be granted more political responsibilities leading to a confrontation with a Christian community – rather pro-Western -. Thus, the political structures and equilibriums inherited from Independence are in danger. These requests are based on intangible demographic changes; from 62% of the Lebanese population being Christian in 1943, this majority seemed by the time being having been eroded.

On February 26, 1975, MP Maarouf Saad will be assassinated in Saida during a demonstration against the constitution of a large-scale fishing company, whose main shareholder was former President Camille Chamoun. With no evidence,the Lebanese Army will be accused of this assassination. These accusations will cause several serious incidents in Tripoli and Beirut, and contribute to the rise of tensions until the fateful day of April 13, 1975.

While Pierre Gemayel, founder of the Christian Party Kataeb and Father of Independence in 1943, was attending the inauguration of a church in Ein Remmaneh in the suburbs of Beirut, one of his bodyguards was shot dead by Palestinian gunmen. Sympathizers of the Lebanese Phalanges shot in retaliation on a bus passing by carrying Palestinians– fedayines according to them – killing them all. Immediately, the situation gets worse; Beirut is devastated, armed elements are taking up positions in the districts of the capital. The incidents extend to the various Lebanese localities, Tripoli, Saida, Zahle and Bekaa. The Palestinian camps surrounding Beirut will revolt, causing a blockade of the Christian neighborhoods of the capital. The sniper will,, indiscriminately, shoot passersby, while in the streets, fighters will organize checks points killing anyone considered as an enemy from the opposing religious community, .

The 14 April,the Arab countries, through the Secretary General of the Arab League, will accuse the Kataeb Party of the incidents and the fights. That day, the militia of the different camps will use heavy weapons such as mortars and rockets. The Kataeb ministers of Rachid el Solh’s Government will resign, further aggravating the crisis. The Prime Minister will resign on May 15, 1975, accusing the Army and Kataeb of incidents. Rachid el Solh will be expressing the demands of the Muslim community. Beirut will be separated by what will become the “Green Line”, widening the gap between Lebanese religious communities.

And so began the Civil War of 1975, which will mark several generations of Lebanese, until today. The Syrian and Israeli interventions, will follow. From that point of view, the Lebanese Civil War is not yet part of history because this history has not yet ended with the still-gaping scars of 17,000 missing and the wounds still being present today: Palestinian presence, weak state, presence of militia, and foreign interference. 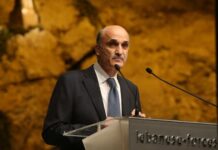 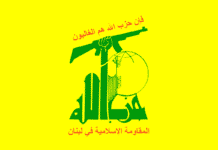 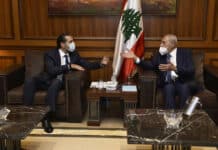 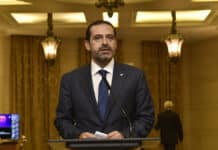