Accueil Lebanon News Economie BdL and ABL are in denial, so let’s give a chance to...

According to the ministerial statement, PM Diab and his Government want to build a sustainable and healthy economy and resolve the crises facing Lebanon: economy, finance, currency, unemployment, inflation, unsustainable debt, food, Coronavirus and the Caesar Act. They promised a plan within 100 days, and results shortly afterwards. Today is the 118th day since the ministerial statement, and results are already starting to show:

This can be contrasted with previous governments, which in the same time frame typically accomplished… nothing.

For this reason, they should be given a chance. Their financial recovery plan (on April 30, 2020), a good starting point according to Gerry Rice, Director of the IMF’s Communications Department and IMF Spokesman, protects (as mentioned) over 90%[2] of the bank’s depositors and describes a program resting on nine central and interrelated pillars:

The government expects funds from the countries who participated to CEDRE (the Conference which took place in Paris in 2018) and from IMF. Some people speculating against the local currency have been arrested and illegal exchangers have been closed. Moreover, Ghazi Wazni, Minister of Finance, and Alain Bifani, Director General of the Ministry of Finance, have already started taking measures, and announced a series of reforms and principles. The role of the local banks must be redefined and refocused on granting loans to the real economy. Indeed, PM Diab said that Lebanon doesn’t need a banking sector four time the size of its economy. The banking sector is indeed the second largest in the world in terms of asset-to-GDP ratio: 422%. This economic model (and corruption) has been relying on the banking secret law put in place by Raymond Edde (the “amid” of the Lebanese National Bloc) in the 1950s, at the expense of the productive sectors (agriculture and industry), trade & exports and tourism. Raoul Nehme who managed banks in three crisis situations (Astrobank during the Cyprus crisis, Turkland Bank during the Turkish crisis and Bankmed in Lebanon more recently) said that increases of equity will be necessary for the banks (via, if possible, capital raising in the market or a conversion of deposits into shares, i.e. bail-in) and that some voluntary or forced mergers could happen in the banking sector. The Government dismissed bail-out as an option.

The Central Bank of Lebanon (Banque du Liban, BdL) and the Association of Banks in Lebanon (Association des Banques du Liban, ABL) consider that the Government declared war against them and suspect Alain Bifani to be its instigator. The reasons are twofold. First, the Government ordered an independent audit of BdL’s accounts. Second, in addition to bail-in, the financial recovery plan of the Government mentions the write-off of the current shareholders of the local banks (the wipe-out of the shareholder capital). In other words, these shareholders cease to own the banks, which would instead be owned by their current depositors. These shareholders invested over 50% of their depositors’ funds into government debt at high interest rates. This allowed them to make huge dividends. And now they criticize the government’s mismanagement as if it were something new which they had no idea about at the time that they bought government bonds! BdL owes about $75 billion to the banks.

ABL rejects the restructuring of the local banks (bail-in and write-off/wipe-out) and wants the restructuring of Lebanon’s external debt only (i.e. the $31.3 billion Eurobonds), the increase of the VAT and the creation of a universal income. The Daily Star (on May 13-14, 2020) quoted the Secretary General of the Association of Banks in Lebanon (Association des Banques du Liban, ABL) Makram Sader calling for using BdL’s gold reserves as collateral[3]. Then, on May 20, 2020, in its plan, ABL urged the Government to sell state assets (privatization) and defer maturities to avoid defaulting on its domestic debt as well as to create a $40 billion “defeasance fund” that could settle Government’s debt to BdL by issuing long-dated and interest-bearing securities to BdL in exchange for a final settlement of the Government’s debt and then returning money to bank depositors. ABL would also be ready to negotiate a “relief package” on domestic bonds by offering significant coupon reductions through a voluntary debt exchange. The Chairman of ABL Salim Sfeir (who is also the Chairman and a shareholder of Bank of Beirut) said that Lebanon’s banks don’t need a bailout but rather for the Government to pay them back. ABL’s plan doesn’t address and doesn’t solve the main issue: BdL’s dollar losses. This issue is the reason why bail-in and recapitalization are required in the banks. ABL rather endorses Riad Salameh’s concept of local dollar (or lollar) and capital controls till end 2024 at least. Its plan doesn’t offer a strategy for depositors to recover the value of their deposits. During the negotiations with the IMF, the stances of Riad Salameh were the same than the plan presented by ABL. This is why it is said he could have been one of its authors.

In an interview with Paris-Match (on May 28, 2020), Riad Salameh claimed that Lebanon is not bankrupt (while insolvent to pay creditors)[4]. He threatened to take over any bank failing to meet the 20% recapitalization requirement from BdL. Within the current legal framework, BdL taking over banks can only mean to take over their management in order to restructure them or to liquidate them (as has happened before for some of them). It cannot refer to a nationalization as some have claimed, since BdL does not have the power to nationalize banks. Moreover, nationalizing banks would probably (subject to an in-depth study) add potential additional losses to BdL’s balance sheet and therefore to other banks that are the creditors of BdL and the State (unless there is an economic growth and borrowers are able to pay back their loans which are often related-party loans). It is therefore unlikely to happen.

The next day, The Daily Star wrote that according to their source, in the discussions with the IMF “Riad Salameh has yet to acknowledge that the losses mentioned by the government are close to reality so that the IMF can move on with other topics”. The same source also said that, based on the official peg rate, the IMF estimates losses at $100 billion. In Le Commerce du Levant (on June 5, 2020), Alain Bifani confirmed that IMF validated the numbers the government provided[5]. This is despite the fact that Jihad Azour[6] is today the Director of the Middle East and Central Asia Department at the International Monetary Fund. Contrary to what Riad Salameh recently pretended, he also said that, as per the Code of Money and Credit, the Central Council of BdL does not control expenses of the Central Bank and is not in charge of validating a decision of the Governor and the four Vice-Governors of Banque du Liban to undertake financial engineering: auditors validate accounts and provide certified audited reports to the members of the Central Council of BdL[7].

According to Jadeedouna.com (on May 29, 2020), IMF said that BdL is acting like no other Central Bank in the world (except the US Fed[8]), i.e. borrowing from banks and loaning to the Government with high rates that increase the risk on the customer deposits[9]. IMF considered that the way Riad Salameh wants to cover the losses through installments will lead to printing pounds which will further deteriorate the rate of the pound and create wide inflation and then more poverty with a further loss of purchasing power.

As Alain Bifani said, the plan is a step: it is the first time there is a rigorous financial assessment with detailed figures and it is considered by the IMF as the basis for serious and constructive negotiation with the government.

BdL and ABL are in denial, so let’s give a chance to this Government to solve Lebanon’s financial crisis.

[6] Lebanon’s minister of Finance from 2005 to 2008 and member of the Future Movement of Saad Hariri and Fouad Siniora.

[8] In fact, the resemblances between the Lebanese model and the US model are deep. The biggest difference is that the US is doing it on a large scale, making it “too big to fail”. 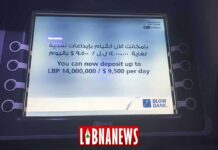 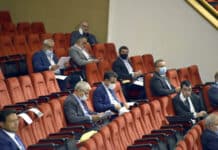 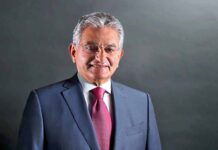 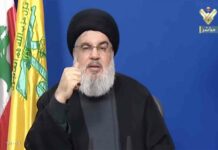 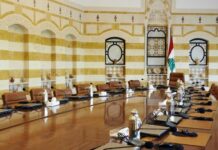