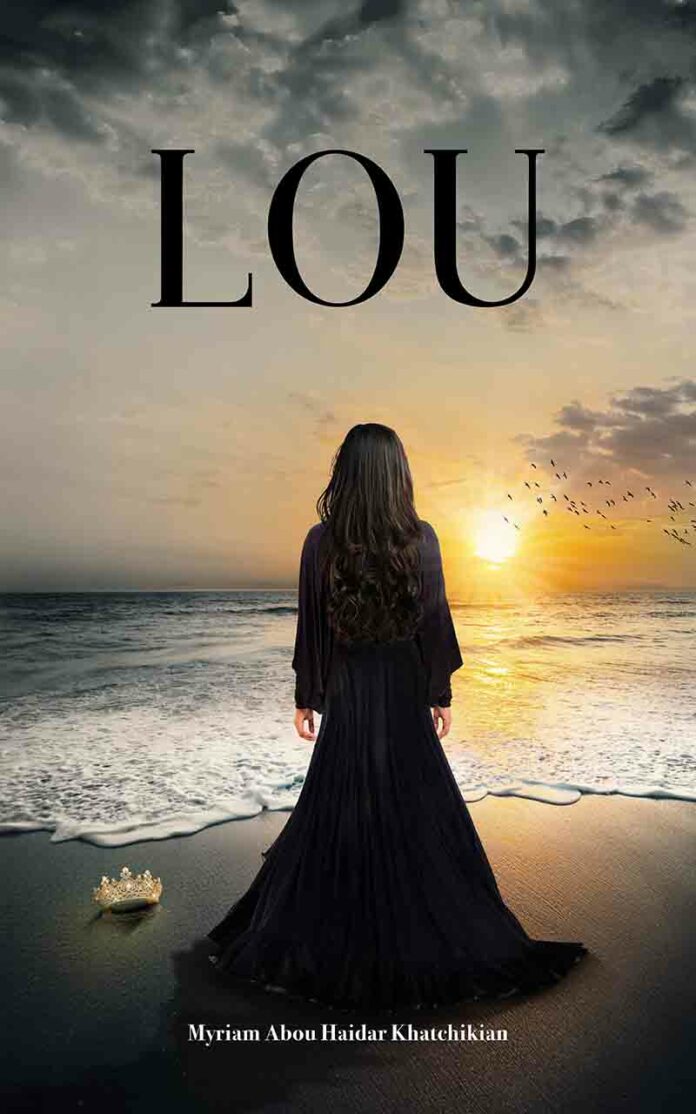 Literary fiction readers are in for a treat this summer. Lebanese novelist, Myriam Abou Haidar Khatchikian, has announced the release of her debut novel ‘Lou’ – a whirlwind romance adventure that promises to be one sizzling read.

The book follows its titular character Louana Kareem on a heart-racing trajectory of life. From the daughter of a distinguished diplomat to a broken and lost girl at an orphanage to the most royal of royals – she has lived it all.

Following a harsh life filled with loss, betrayal, abuse, and heartbreak, Louana lands a high-profiled consultancy position in a multinational firm. But just when life was going smoothly and everything was finally falling in place, things take an unexpected turn where she comes face to face with her inner demons. Five countries, an assassination plot, a Sultan, a General, a Russian oligarch and one woman who will stop at nothing to defy all odds – that’s ‘Lou’ in a nutshell.

Author Khatchikian’s debut novel is an ode to real-life heroes who have triumphantly won over personal battles. The 324-pages literary feast is a celebration of fortitude, a story that beautifully prods at the inherent courage to fight back.

In fact, Khatchikian breathes life into Lou by seeking inspiration from battles she has closely witnessed in her personal life.

“The story of Lou is close to my heart, not just because it is my first book, but also for it being written through the eyes of brave hearts who have fought and recovered from serious health and mental challenges. Watching them build their strength and resilience day after day, helped me draw out one of the characters in the book.”

“I wish to dedicate this novel to all the heroes, the kings and queens, who won their battles to overcome addiction, and the soldiers who led them to victory. I enjoyed creating Lou and I really hope you will enjoy reading it,” she says.

‘Lou’ is an effort towards providing support and making a difference by raising awareness and funds to support non-governmental organisations in Lebanon which help patients overcome addiction.

Readers are welcome to support the cause with their personal copy of Lou. The book is available on Amazon as eBook and paperback formats.

To know more about the author, visit www.myriamahk.com

Myriam Abou Haidar Khatchikian is a Lebanese novelist, born in Abidjan, Ivory Coast in June 1984. She returned with her parents to her home country Lebanon in 1990, where she lived and studied before getting married and moving to Qatar in 2009.

A mother of two, she holds an MBA in Marketing Management and made her career in Communications and Marketing.

Inspired by community work through the years, her first fiction romance book “Lou” was written in a mission to give back to the community. To know more about the author, visit www.myriamahk.com