In the latest update of its report about the Lebanese economy, S&P maintained the current rating B- for the Lebanese obligation, both in local currency and in foreign currencies. However, it also decreased their prospects from stable to negative.

According to the rating agency, the note given to Lebanon could be even degraded in the event of a further worsening of public deficits and the decrease in cash inflow, currently used to finance these deficits.

Our base-case scenario assumes that the government will not restructure or reschedule existing commercial debt;
doing so could be considered a default under our criteria.

S & P Probably also considers a lowering of the Lebanese note see does not rule out a failure to pay if the government plans to restructure the public debt.

Our estimates of usable reserves (after deducting the monetary base and reserve requirements for resident FX deposits) stood at a comfortable nine months of current account payments as of end 2018.
We expect that reserves will decline further, in the absence of a significant increase in nonresident deposit inflows or further financial engineering operations.
Moreover, the quality of the reserves has been somewhat diminished, in our view, by offsetting liabilities in the form of FX deposits placed by domestic commercial banks in BdL.
Given the high and rising level of short-term external debt, we expect Lebanon will face rising pressure to maintain sufficient levels of FX reserves if it is to preserve confidence in the currency peg.

Also, S&P estimate difficult for the central bank to maintain parity between the Lebanese pound and the dollar in the event of a decrease in bank reserves. S & P said having preempted the purchase by Qatar and Saudi Arabia of Lebanese obligations. These purchase will allow the state financing itself for the next 12 months.

The perspective of the Lebanese note could go back to stable if the public authorities start implementing both economic and fiscal reforms allowing a growth rate increase and a reduction of public deficits in the medium term. Plans for solving the chronic crisis of electricity production and reducing the interest on future obligations should also be implemented

S & P expects the growth rate to remain below its potential. However, the improvement of the situation in Syria and of the Lebanese economy could increase this rate to 2.5 % by 2022.

This information comes in spite of the formation, last month of the Hariri III government which committed itself to a series of economic, monetary and fiscal reforms. During the CEDRE conference, the authorities pledge to privatize institutions such as the communication sector.

As a reminder, The Moody’s degraded last month the Lebanese rating to CAA1 considering the high risk of Lebanon being in payment default. Fitch had also published a report stating that major Lebanese banking institutions are now under “negative” surveillance. 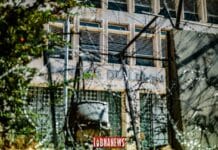 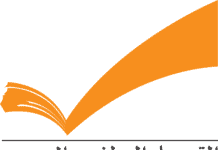 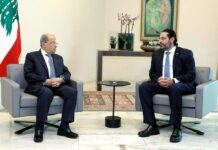 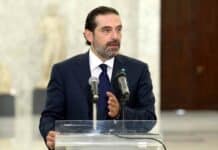 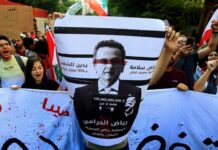