Lebanon has been bleeding financially due to the financial and currency policies imposed on Lebanon since 1992[1]-93[2] and based on the following:

– Fixed exchange rate (peg) – since 1997 – between the Lebanese pound and the US dollar while the US is neither Lebanon’s top supplier nor its top client. This policy was officially made for protecting the purchasing power of the Lebanese, rebuilding a middle class, offering housing loans and helping productive sectors but it actually made imports cheaper and then hurt production and export trading of agriculture and industrial products which impacted negatively the economic growth and the purchasing power and increased poverty. This is why there is now a food crisis. The Lebanese currency is depreciated on the parallel foreign exchange market;

– Rentier economy relying on a Ponzi or Pyramid scheme indebting the State (i.e. the Lebanese people living in Lebanon) with foreigners, elderly people, diaspora and local banks (through diaspora’s deposits) at very high interest rates while not generating growth and earnings. This scheme fell when the war in Syria started (2011). High interest rates froze investments in all the sectors (except in real estate) and led to the current unstainable level of debt for Lebanon with cost of servicing consuming about a third of the State’s revenues instead of being spent on health, education, infrastructure and other needs. Some pretend that the decision to offer high interest rates was imposed by the delayed reconduction of the term of President Elias Hraoui in 1995 and by the destruction of the growth and the investments supposedly caused by the war between Israel and Hezbollah in 1997. The reality is, however, different: In 1995, Lebanon was occupied by Syria, the executive power was in the hands of the Government and its head and Rafik Hariri was sure to keep his position of Prime Minister because of the arrangements between Syria and Saudi Arabia. This meant that reconduction of Hraoui had no importance. Growth and investments were mainly destroyed by high interest rates which pushed the private sector aside because debt financing became too expensive and it could then not financially support working capital and investments. This has slowed down the economy, caused the bankruptcy of many companies and led many redundancies;

– Housing loans. This policy created a real estate bubble and was preferred to supporting the productive sectors such as agriculture and industry or even digital (which incidentally can be a good tool to fight corruption: e-Government, e-administration and e-municipality). By contrast, Israel now has the 3rd most companies listed on the Nasdaq, after the US and China;

– Exclusive agencies and monopolies such as Katteneh, Abou Adal and Fattal (this policy is blocking free economy);

– Not working seriously on the return of the Syrian refugees in Syria despite the economic and social weight of their presence (they consume one third of the electricity) stopped Lebanon’s economic growth and undermined the Ponzi/Pyramid scheme. Lebanon is perhaps the only country in history to have managed to support a refugee population amounting to over a quarter of its population;

– “Bold corruption” (as PM Hassan Diab said) and incompetence in politics, business, banking and public administration with the involvement of the Syrian occupant and since 2005 without it;

– Political clientelism in the public administration, which gives the politicians a power base in the Government. They can use this power base to paralyze the Government and hold the implementation of its policies;

– Contraband networks at the Beirut International Airport, at the ports of Beirut and Tyr and at the borders with Syria probably managed by Parliament Speaker Nabih Berri and the Amal Movement as well as by Hezbollah or their partisans. Few days ago, the army closed 90% of the illegal crossings;

– “Generator mafia” – mostly close to Parliament Speaker Nabih Berri and the Amal Movement – which take advantage of the failure of the successive Governments to apply the plan of Maurice Sehnaoui (when he was minister of Energy and Water), prepared in 2005 with Raoul Nehme (the current minister of Economy and Trade), i.e. to develop gas-based power plants and to produce enough electricity through the construction of the necessary infrastructure in order to decrease and even to stop the import of electricity (which is the main expense of the State), to manage Électricité du Liban (EdL) like a private company (“corporatization”) and to increase the price per kilowatt of electricy (fixed on the basis of $20 per barrel of oil since 1994[3]) and then for the Government to stop supporting the loss;

– Tourism services for GCC nationals only instead of improving and diversifying tourism to attract nationals of Europe, America and Asia. For example, tourism from China to Lebanon was increasing exponentially, yet no effort was made to encourage this trend;

– The Treaty of “Brotherhood, Cooperation, and Coordination” with Syria (1991) created unequal economic and trade relationship between Lebanon and Syria which impacted negatively on Lebanon and its productive sectors;

– The spending of Central Bank’s liquid foreign exchange reserves to pay Government bills and perform foreign exchange transactions and “financial engineering” to attract capital but actually accelerated impending collapse. Some claim that financial engineering was the only way to face the cancelation of the Saudi financial support (2016) – although it was for purchasing French military equipment only and it was cancelled because of the economic difficulties of the Kingdom and the rise of Mohammed ben Salman –, the increase in wages (2017) and the lack of reforms by the Government – noting that CEDRE funds were subject to them. The reality is, however, different: financial engineering was done because of the unsustainability of the debt caused by the peg and the interest rates which generated an unsustainable debt service while the economic growth stopped since the start of the war in Syria (2011). 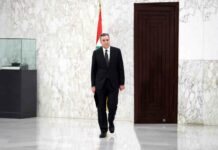 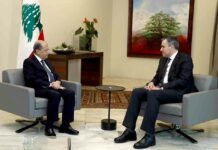 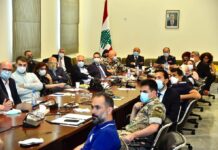 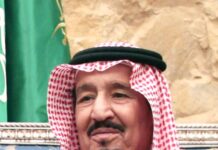