The only Arab country to have recognized the Armenian genocide since May 11, 2000, Lebanon is home to the 8th Armenian diaspora in the world. The Armenian presence is estimated between 120,000 to 150,000 people. It actively participates in economic life as evidenced by many companies, political with the presence of several Armenian deputies in Parliament and ministers or even public.

So, the Lebanese Armenian community is one of the most integrated while having known how to preserve its heritage . Evidenced by the presence of an Armenian university, the only one outside Armenia, the University of Haigazian or the publication of several newspapers in Armenian. This community has thus been able to protect its language and traditions.
But it still has deputies who are politically divided along very Lebanese lines, ministers, artists, painters, lawyers, who never wanted to constitute a state within a state but who put themselves in the service of the State of Lebanon.
This integration was successful as evidenced by their participation in Lebanese public life. They enrich him in his daily life with an undeniable contribution, including cultural, literary and musical not also to evoke the gastronomic life.

The Armenian presence in Lebanon did not begin with the genocide of the First World War which is commemorated on April 24. Already in Antiquity, many authors testified to the passage of Armenian nationals in a region which was not yet Lebanon as we know it. Already, the motives were multiple, wars and political instability, because of religious persecutions, or in search of economic opportunities. They were also traveling to Jerusalem via Beirut when Armenia became the first country to adopt Christianity as a religion.

In 1715, Armenian monks settled in Ghazir in the Jounieh region north of Beirut. They will then be joined there by other Armenian religious communities when Lebanon was already considered as a possible refuge and a stopover on the pilgrimage route to Jerusalem.

The rise of the Armenian community despite the 1915 genocide

With the genocide committed by the Ottoman authorities during the First World War, 1.5 million out of the approximately 2 million Armenians were massacred in Anatolia by the Young Turks, this community was considerably strengthened with in particular the birth of real localities Armenians in Lebanon, including Bourj Hammoud, on the edge of the capital Beirut and Aanjar.

From the orphans who arrived in the 1920s, through the Syrian desert and in particular from Deir el Zor where the bones of their ancestors can still be found, an exemplary community was born, characterized by a remarkable ethnic and religious solidarity despite, sometimes political differences, preserving a specific cultural heritage and identity.
Collective Memory has also been transmitted, generation after generation, that of the memory of a crime against Humanity that we are commemorating today.

These cities of today were veritable refugee camps that through hard work they have succeeded in transforming.

The contribution of the Armenian community in Lebanon is rich, beneficial and multiple.

Arrived before the famous 1932 census, the Armenian community present in the Land of the Cedars was able to benefit from Lebanese nationality and participated in the contemporary history of this country, until Beirut was considered a national home and a refuge. in a destabilized Middle East before the 1975 civil war. Thus, the Armenian refugees from Syria, Egypt or Iraq will settle in the Land of the Cedars.

During this Civil War, like the Lebanese, a large part of this community was expatriated reducing its number by more than half.

An example for the duty of remembrance for the Lebanese

One of his contributions that we hope would be this duty of remembrance which is unfortunately lacking in Lebanon.

The sign of solidarity is born above all by the suffering and the historical convergence between Armenians and Lebanese of the time. This notion is all the more affirmed by the very declarations of the Ottoman officials of the time. The then Turkish Minister of War, Enver Pasha, explained in 1916:
” The government will only be able to regain its freedom and honor when the Turkish Empire has been cleansed of Armenians and Lebanese. We destroyed the first with the sword, we will destroy the second with hunger “.
These words will be confirmed by the common history, and the common destiny which our elders had to face and which was united by the Armenian presence in Lebanon.

The Armenians commemorate, them, each year, the massacres which their ancestors underwent. The Lebanese, in fact, had to suffer the loss of a third of the population during the First World War, by a famine imposed by the Turkish authorities at the time.
200,000 victims for a total population of 600,000 people during the First World War, who died of disease or hunger due to the blockade imposed on the Lebanese mountains by the Ottoman governor Jamal Pasha with the collaboration of certain inhabitants of Lebanon.

And today, the victims of this Great Famine are unfortunately pushed into oblivion when Armenians remember theirs.

Armenian Genocide: The Trouble Game Of France By René Naba

Lebanon: The example to follow in the commemoration of the Armenian genocide 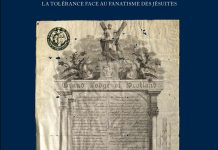 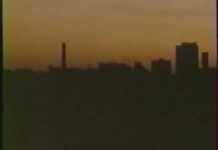 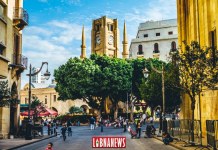 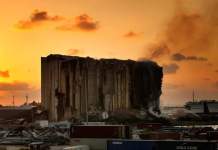 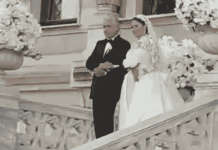 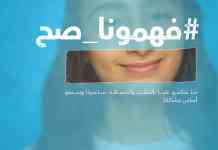