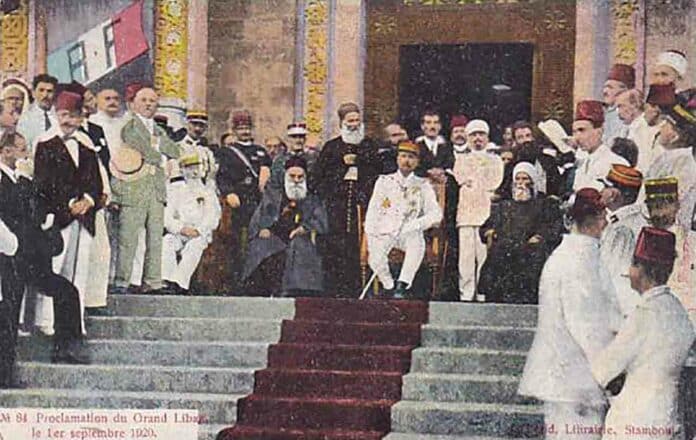 A country bruised by the First World War

From 1918, Allied and mainly British troops took Mount Lebanon from Ottoman forces supported by some German cadres. These latter forces had committed a number of abuses that cost the lives of a third of the population – mainly Christian – of the Land of the Cedars, especially in the mountains with the imposition of a food blockade during the First World War.

In the capital Beirut, several Lebanese nationalists were hanged by the Ottomans on August 21, 1915, and then on May 6, 1916, while Governor Djemal Pasha was in power.

As a result of these abuses and in accordance with the agreements reached between allied powers and in particular that of Sykes-Picot, what would become Greater Lebanon and Syria entered the French zone of influence.

Among the first steps taken by the British General Allenby, the restoration of the Representative Council in October 1918. The transition period will be led by High Commissioner François Georges Picot.

The English troops eventually withdrew in October 1919, giving way to French troops. The Treaty of Versailles, signed on 28 June 1919, confirmed the French Mandate for Lebanon. This period was murky, so on the one hand Arab nationalist demonstrations demanding the attachment of Lebanon to the Kingdom of Syria of King Faysal Ibn Hussein and on the other hand, the establishment of an independent Lebanon protected by France.

The establishment of the first Lebanese public administrations

Greater Lebanon, on the other hand, was proclaimed on 1 September 1920, allowing the establishment of the first local public administrations, including the establishment of a parliament, the election of a President of the Republic, the appointment of a Prime Minister but above all the drafting of a Lebanese constitution which still remains in force today despite numerous amendments.

Thus, the main organs of what would become the State of Lebanon were given, and in particular on 24 January 1924, the Lebanese-Syrian Pound.

Following the failure of the Military Administration of the area, a civil administration will be set up at the initiative of Henri de Jouvenel, with the aim the establishment of the Lebanese Constitution, which was made official on 23 May 1926. Largely inspired by the Constitution of the Third French Republic, like the latter, it will limit the executive powers of the President of the Republic. It was not enacted until four years later, on 22 May 1930, and caused great instability at the governmental level.

Charles Debbas was elected President of the Republic on 26 May 1926. He appointed Auguste Bacha Habib as Prime Minister on 29 May 1926. The latter constitutes the First Lebanese Government on the same day. It will have 7 members thus 2 Maronites, 1 Sunni, 1 Shia, 1 Druze, 1 Greek-Orthodox and 1 Greek-Catholic. On 29 May, the Lebanese Senate, chaired by Mohammed el Jisr, will also be set up on 29 May.

Finally in October 1926 will be adopted the Lebanese National Anthem.

The Timeline of Lebanon’s Independence

From the birth of Lebanon through the Sykes Picot Accords 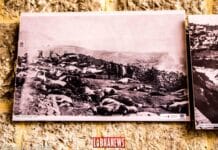