Accueil Press Release Stop violence against women: Statement by the European Commission and the High...

Ahead of the International Day for the Elimination of Violence against Women on 25 November, the European Commission and High Representative Federica Mogherini issued the following statement:

“Violence against women and girls is violence against the whole humankind, and should have no place in Europe or elsewhere in the world. But we all know that despite our commitment, we are still far from winning this challenge.

Violence against women happens anywhere, there is no safe place, not even at home. On the contrary. Woman are targeted at home as well as in their workplace, in schools and universities, on the street, in displacement and migration, and increasingly online through cyber violence and hate speech.

The scale of the problem stays alarming: One in three women in Europe has experienced physical and/or sexual violence. Nearly all victims of trafficking for sexual exploitation within the EU are women and girls.

In developing countries, one in every three girls is married before reaching the age of 18. There are at least 200 million women and girls who have undergone female genital mutilation, which is still performed in around 30 countries.

It is our responsibility as the EU and international community, to keep our commitment to preventing, openly rejecting and condemning all acts of violence against women and girls.

It is our duty also to support and protect the victims by creating a safe environment for them to report the crimes committed against them.

The EU is committed to keep working tirelessly with our partners to strengthen legal frameworks and institutions, supporting development and education, improving services for survivors, addressing the root causes of violence, promoting women empowerment.

But ending violence against women and girls requires a firm commitment not only at institutional level. It requires a broad involvement of international organisations, of NGOs, of the civil society at large. And most of all of men.

So our goal stays clear: eliminate violence against women and girls. The EU will stay at the forefront of this international mobilisation to defend the rights of every woman and every girl to live free and safe. We do it for our future and for our present because women are the pillar of just, open, developed and democratic societies, and nothing should deprive them of the freedom to play their role freely and safely.”

The European Union has put substantial measures in place to end such violence, including:

Violence against women and girls is a widespread and devastating human rights violation that takes place across the globe. WHO estimates that one third of women and girls worldwide experience violence at some point in their lives. The numbers may only be the tip of the iceberg, as this type of violence remains largely unreported due to the silence, stigma and shame surrounding it. As a result, many perpetrators remain unpunished.

In addition to the initiatives mentioned, the EU has put in place the Victims’ Rights Directive, which ensures more and better rights to victims of all crimes. Under these rules, the most vulnerable victims such as victims of sexual violence, victims of gender–based violence and victims of violence in close relations, have access to specialised support services. Such support includes access to shelters for victims in need of a safe place and targeted and integrated support including trauma support and counselling. The European Commission is closely monitoring the implementation of this Directive in the Member States and has taken action against those Member States who have not fully or correctly transposed EU rules.

Furthermore, the EU recognises trafficking in human beings as violence against women and girls, and this dimension continues to be a focus of key actions in the context of the EU legal and policy framework, under the horizontal mandate of the EU anti-trafficking Coordinator (Overview 2012-2016 and 2017-2018).

Moreover, today, the European Institute for Gender Equality (EIGE) is publishing a new risk assessment guide for the police, to help law enforcement authorities and health sectors to better work together to prevent repeated acts of intimate partner violence and save lives.

As a priority in its External Action, the European Commission is working on concluding the EU accession to the Council of Europe’s Convention on preventing and combatting violence against women and domestic violence, the first instrument in Europe to set legally binding standards to prevent violence against women and domestic violence, protect its victims and punish perpetrators. It is the obligation of the State to fully address this type of violence in all its forms and to take the necessary measures of prevention, protection and prosecution. In partnership with the United Nations, the EU launched the Spotlight Initiative, a global, multi-year initiative focused on eliminating all forms of violence against women and girls. With an unprecedented initial investment of €500 million, we are protecting and giving voice to those women and girls who have been silenced by their societies and now want to speak up. During 2017 and 2018, it is estimated that the EU allocated more than €62 million in humanitarian aid for the prevention of and response to sexual and gender-based violence worldwide under its protection and health programming.

Finally, the European Commission will be lighting up its headquarters in Brussels, the Berlaymont building, in orange on the night of Monday 25 November to show its support for combatting violence against women.

Factsheet on EU action to combat violence against women 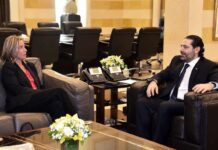 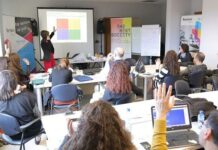